The Jade Monkey has a new home 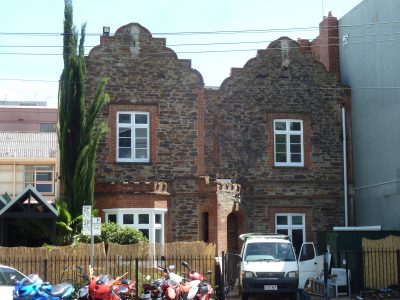 In less than a fortnight, Adelaide’s renowned live music hot spot, The Jade Monkey, will reopen it doors at a recently restored heritage venue on Flinders Street.

The 150 year old building is located at 160 Flinders Street, which is part of the former St Paul’s Rectory. According to the South Australian Heritage Register, the building gained heritage listing in November of 2001. Flinders Street is home to several heritage-listed buildings, as well as a hub for live music in Adelaide. The former rectory has been part of the live music scene for some time now, the use of the building ranging from nightclubs and restaurants to cabarets.

The Jade Monkey previously resided in a historic 140-year old building on Twin Street. In 2012, the building was controversially removed from provisional placement on the South Australian Heritage Register and shortly afterwards demolished to make way for a new hotel.

The reopening of The Jade Monkey in the former St Paul’s Rectory continues the live music venue’s connection to the city’s significant heritage buildings.

One thought on “The Jade Monkey has a new home”