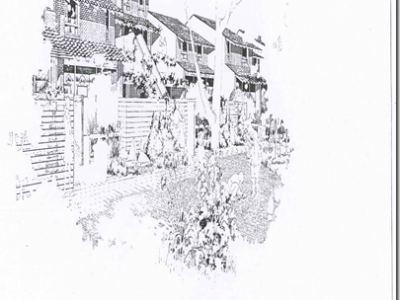 The Manitoba Housing Complex on Carrington Street has been provisionally listed as a State Heritage place.

The Complex is important as the first public rental housing scheme of its kind to be built in the City of Adelaide by the South Australian Housing Trust, reflecting a major change in its tradition of building in outer suburban estates. It was also the first large-scale construction of public, or ‘social’ housing, in the history of central Adelaide, and marks the start of an important phase in council and government action to revive the city’s residential population, and to retain the low-cost accommodation that was traditionally available within the city.

The Manitoba Complex is a significant example of an architectural form of medium-density housing new to South Australia, scaled-up and innovatively designed to provide for both communal and private occupation by public rental residents, and to respect existing urban form in an old inner city precinct. The design was influenced by the social-planning work of Hugh Stretton and realised by architect Ian Hannaford.

The place has significant associations with the South Australian Housing Trust, the State’s first housing authority and a major planner, builder and developer in South Australia.

For more information, and if you want to support this listing by making a submission to the public consultation (deadline is November 17th 2014) please go to  the State Government Heritage Register entries and confirmation page