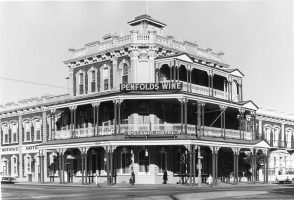 From corner to corner, the city streets are dotted with some of the oldest and best-known pubs and hotels in Adelaide.

Highlights include the Newmarket Hotel on the corner of North and West Terrace, which has a famous connection with Colonel William Light and holds claim to establishing the South Australian beer size, ‘the butcher’.  Also featured in this tour is the Stag Hotel, a popular heritage pub established in 1849 and a landmark of East Terrace.  Also visit one of the oldest operating hotels in South Australia, the Flagstaff Hotel, built in 1856.

A drink or two can still be enjoyed at many of the pubs and hotels featured in this tour.